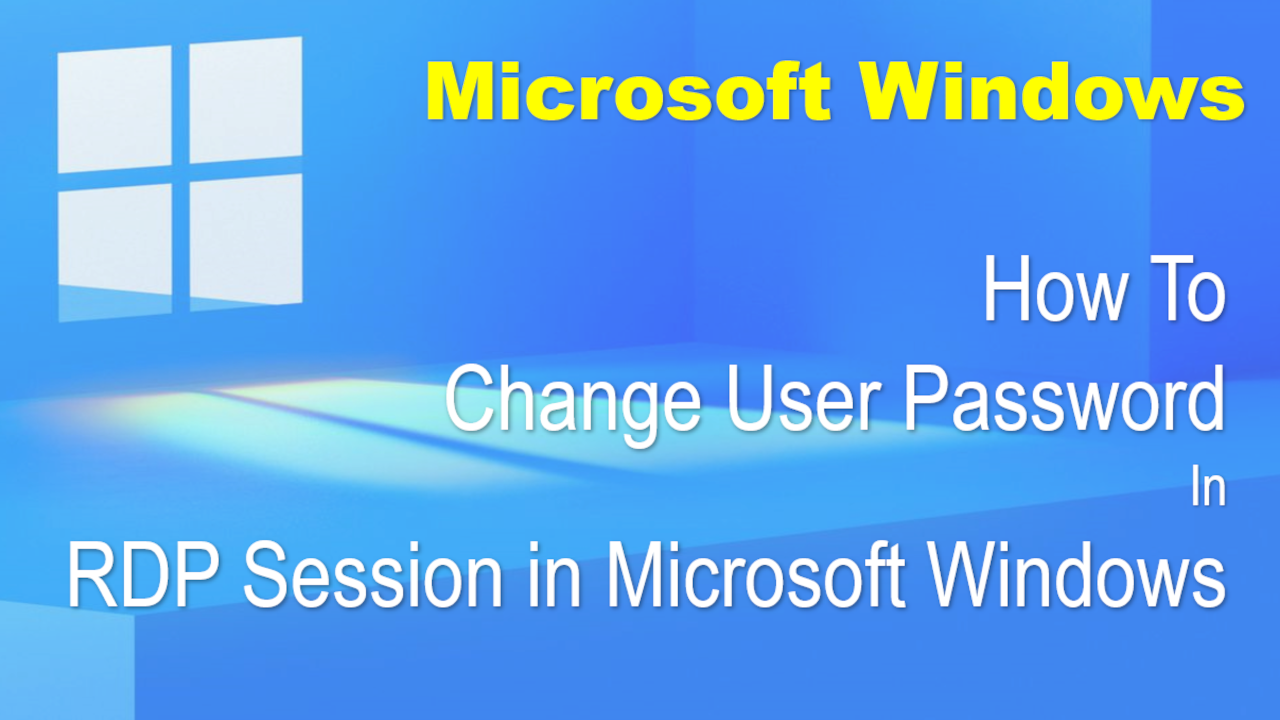 Learn how to change user password in RDP session in Microsoft Windows.

The Microsoft Windows Remote Desktop Connection tool gives the users an ability to connect to a remote Windows PC, workstations and servers over the Internet or a local network. It uses the Microsoft Remote Desktop Protocol (or RDP for short) to achieve that.

COMMON QUESTIONS
What is RDP used for?
Remote Desktop Protocol or RDP software provides users access to a a remote desktop or application hosted by a remote PC, workstation or server. It allows users to connect and access data and resources on a remote host as if you were doing it locally.

What RDP means?
It stands for Remote Desktop Protocol which is Microsoft’s protocol to allow users to access remote computers.

Is RDP a VPN?
RDP is a secure network communication protocol developed by Microsoft to enable the remote management and access to desktops and applications of a remote computers. Unlike VPN, RDP typically enables users to access applications and files on any device over the Internet.