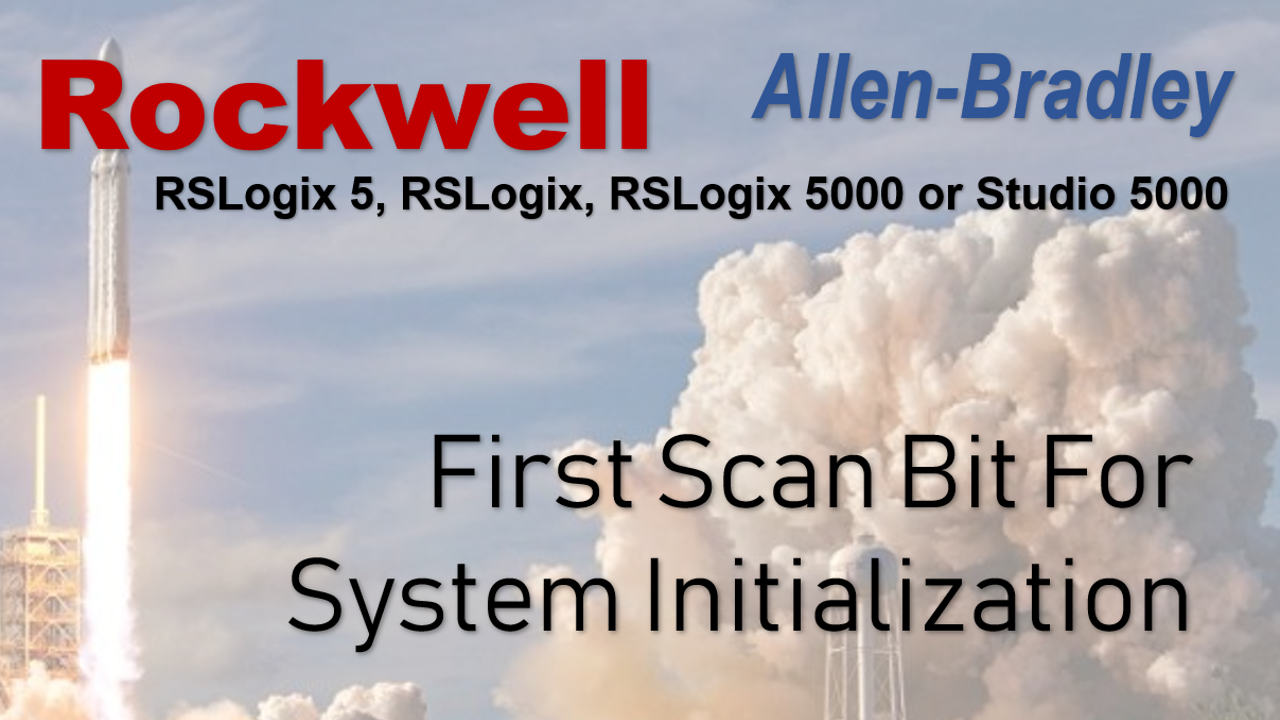 If you have a case where you have to initialise a set of tags, flags or registers on your first run though the routine or rung, then you will have to use the first scan flag or first scan status flag. It will be energized on the first normal scan of the routines in the current program. I have used it in many capacity during the system initialiation or power loss situation. It can also be used when the key switch status changes in the PLC.

The First Scan Flag will be triggered after the following process upsets.

How To Use It For PLC5 and SLC 500 Processors
In the context of PLC5 and Micrologix (using RSLogix 5 and RSLogix 500 respectively), you will be using the status file of “S:1/15”. It is accessible via Data Files — S2 – Status (from the Project Properties tree). See screenshot below.

This is typically how you would use the first scan status file (S:1/15) in your logic (in both RSLogix 5 and RSLogix 500). 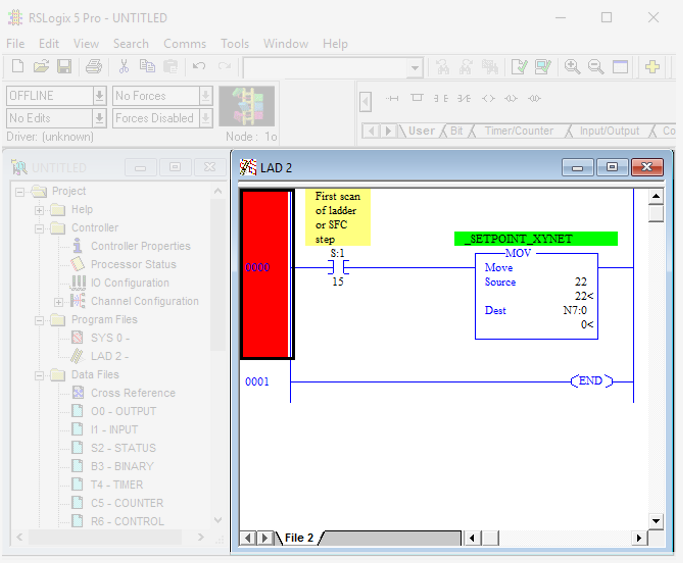