The Lineman’s splice is designed for connections that will be under tension. It is commonly claimed that, if properly made, a Lineman’s splice is stronger than the wires of which it is composed. It is a time-proven method from and one of NASA’s Required Workmanship Standards. 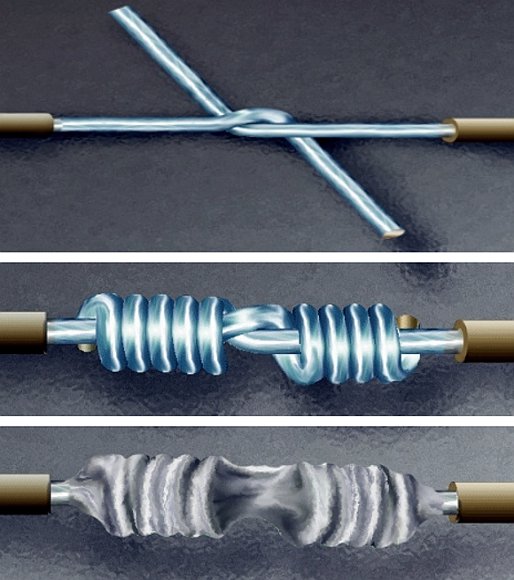 Though the Lineman’s splice was originally used without solder, today soldering is common. And NASA insists on it the following.