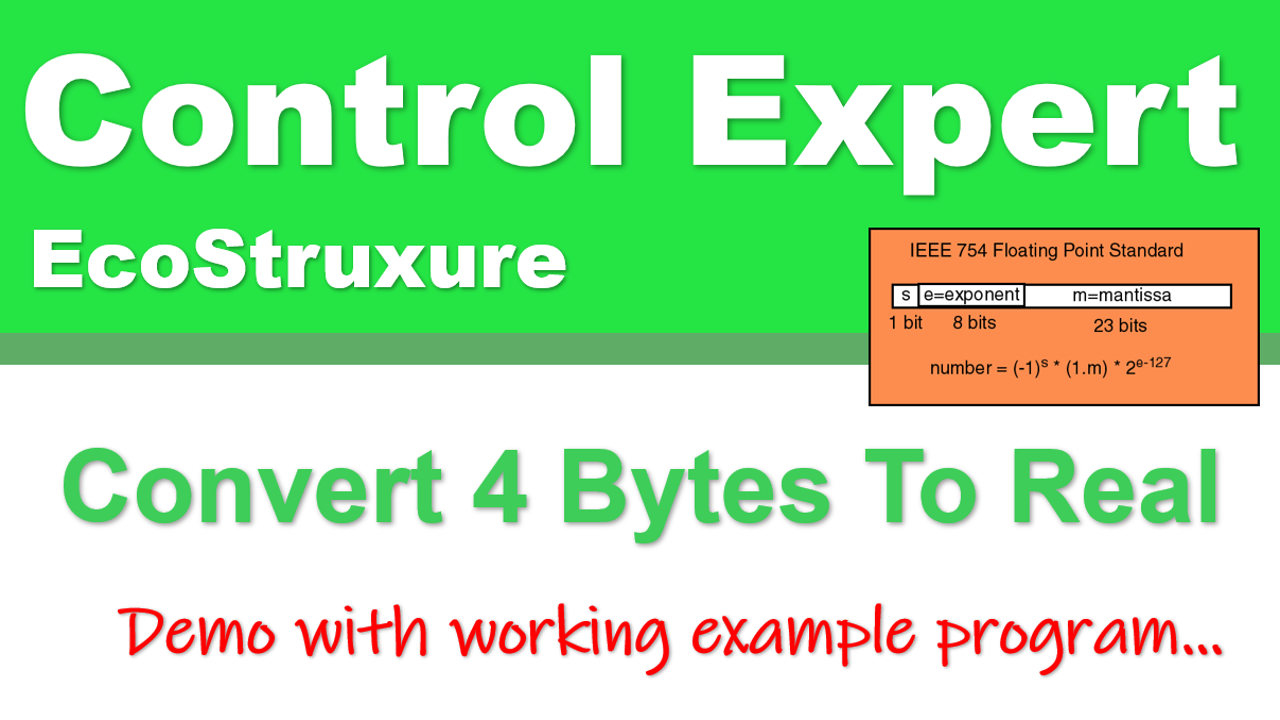 An example on how to convert from 4 bytes to real using Schneider Electric EcoStruxure Control Expert.

In this example, I am using Schneider Electric Modicon M580 PLC along with the Schneider Electric EcoStruxure Control Expert programming tool.
This conversion logic is very useful for thing like Modbus communication and any third party setup.
I will be demonstrating using a third party to validate the IEEE 754 Floating point conversion using the tool from Dr. Christopher Vickery webpage, who is from the Computer Science Department at Queens College of CUNY. I do not know him personally but just would like to give a shout out to him. Link to his webpage is as shown below.

Here are some common questions around the double and single precision floating point conversion.

What the hex?
The hexadecimal is a numbering system where the each of the numeric value 16 possible values, ranging from 0 to 9 and followed by A to F.

What is a IEEE-754 Floating Point representation?
It is a way to represent floating point as a series of 32 bits number. IEEE-754 Floating Point conversion is a special arithmetic that has to be performed to convert the 32 bits to a real number; and vice versa. This conversion arithmetic was established in 1985 by the Institute of Electrical and Electronics Engineers (IEEE).

Why do you have to perform IEEE-754 Floating Point conversion?
When transmission data from one device to another, it is transmitted as a series of 1s and 0s (binary), so it is prudent that the floating points to be converted into a digestible series of 32 bits (or 4 bytes).
Integer (or whole numbers) which is generally 16 bit numbers are easier to convert to binary and will not require a special arithmetic.

What are the step to IEEE 754 Floating Point conversion arithmetic?
There is a real good article titled “Example: Converting to IEEE 754 Form”.
The link to this material is also in the Reference section.

My demonstration YouTube Video of the programming example is as shown below.