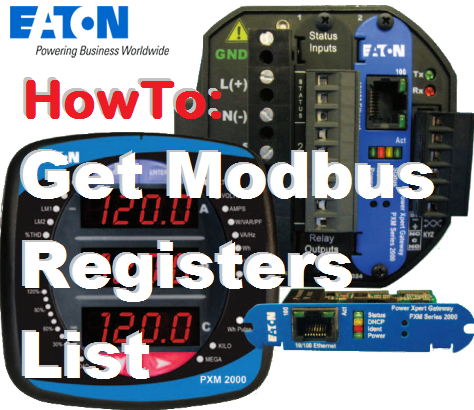 We will cover new firmware first followed by older firmware. 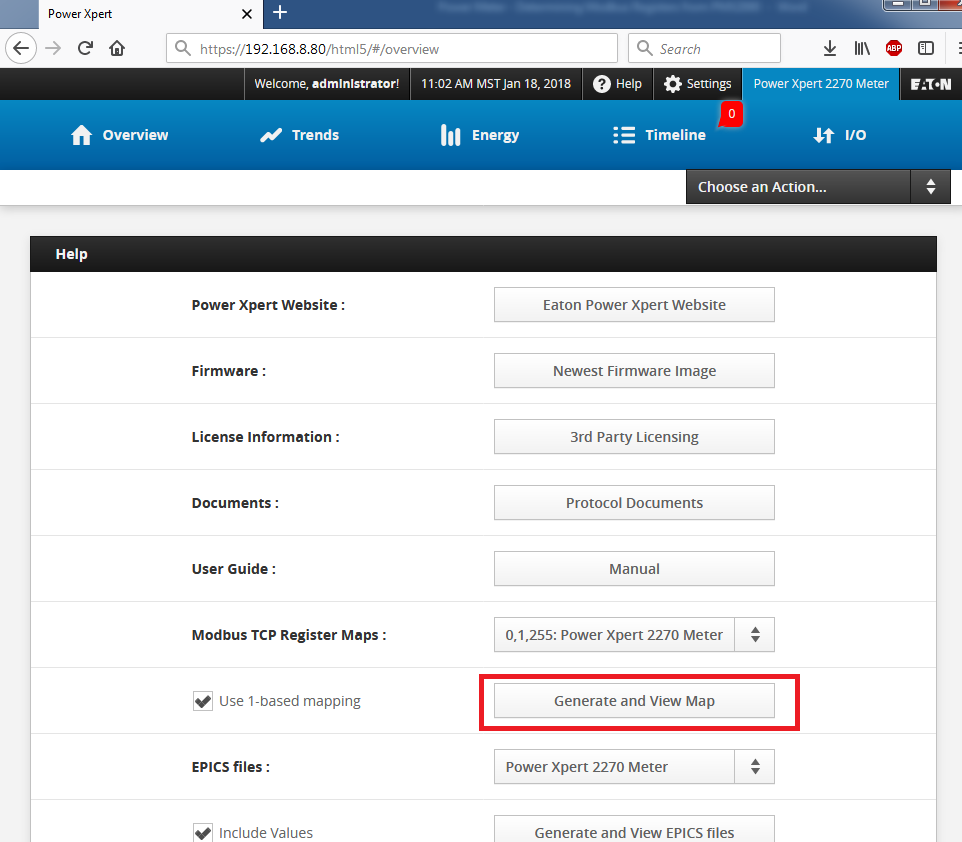 Click on “Save” radio button and followed by “OK”. You can select “Open with Microsoft Excel (default)” radio button but downloading an Excel Spreadsheet though some network can be really slow (in upwords of 30 minutes). 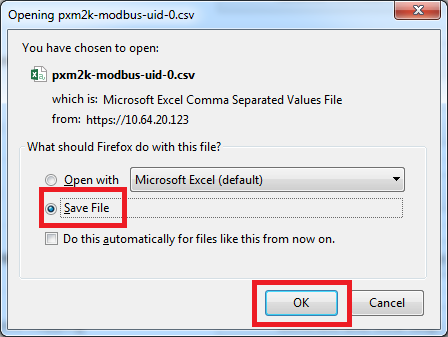 Open the downloaded CSV file using Microsoft Excel. The Modbus registers are in Column C of the spreadsheet. 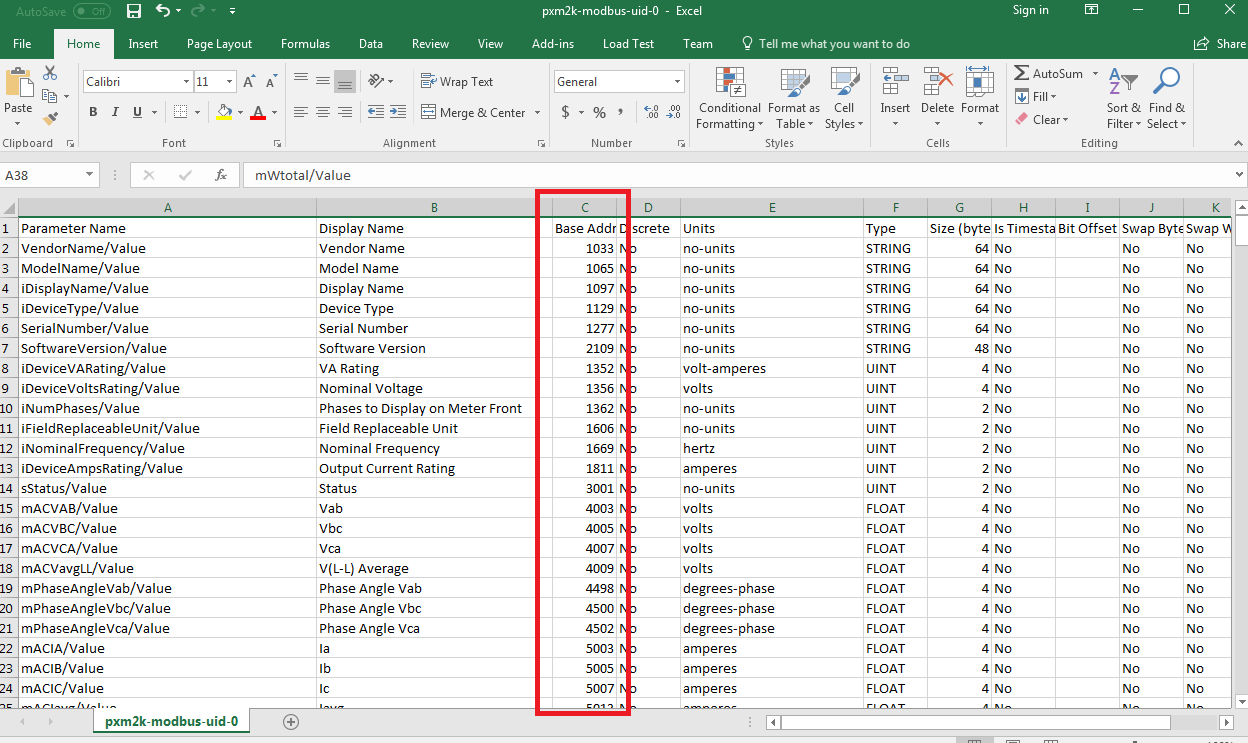 Like I mentioned previously, the old firmware steps are the same as well. Click on “Help” hyperlink (as highlighted below).

Next, click on the “Generate and View Map” button, and save the CSV file. 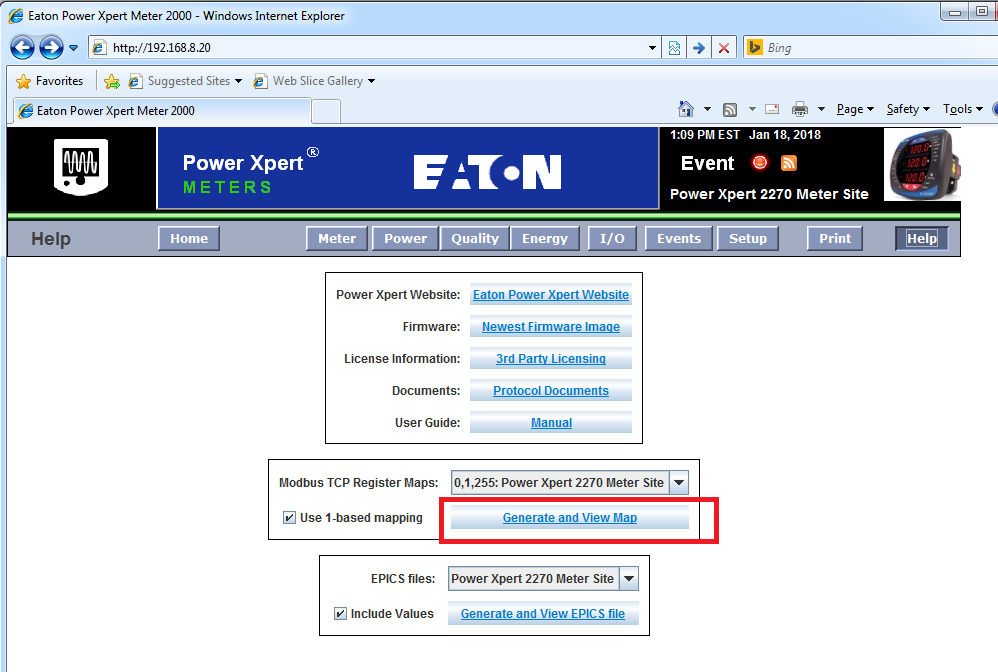