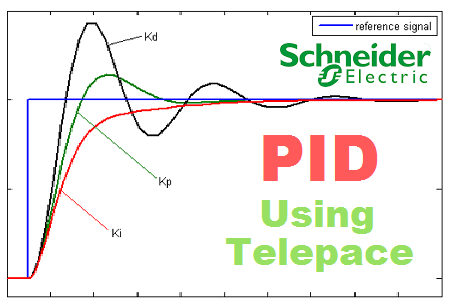 The PIDA element performs a PID control function using the built in algorithms and yields an analog output.
The main purpose of this article is to document provide a working example of how a PIDA should be written.

Here are he settings for the PIDA function block.

And this is what the output SCAL function block setting looks like.