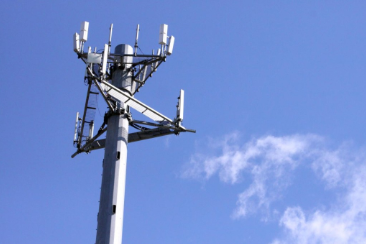 CDMA vs GSM vs LTE – What is the differences

A cellular network is a mobile network that provides services by using a large number of base stations with limited power, each covering only a limited area; and each area is called a cell. The limited power makes it possible to re-use the same frequency a few cells away from the base station without causing interference. In this way, a geographic large area can be covered with only a limited set of frequencies which makes cellular network very efficient way of utilizing scarce frequency resources.

The size of a cell can vary according to the number of users that have to be served in a certain area and the amount of traffic per user. If there is too much traffic in an area, the cell size will be smaller than in rural areas. This is done to up keep the integrity of Quality of Service (QOS).

The figure below explains the theory of frequency re-usage. 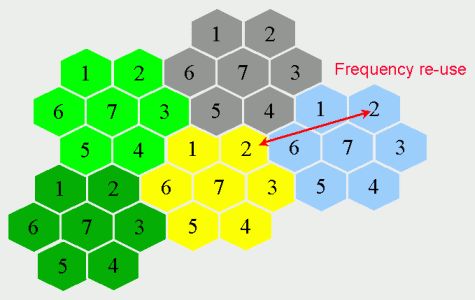 In the example image above, the total amount of frequencies is divided into 7 sets of frequencies. The cluster of 7 cells is repeated to cover the complete geographic area.
When the user moves from one cell to another, the call must be transferred from one base station to another; this is called a handover.

The network has to keep track of the location of the mobile user to direct an incoming call to the right cell, therefore a cellular network is equipped with a location register.

CDMA
CDMA (Code Division Multiple Access) is a “spread spectrum” for cellular networks enabling many more wireless users to share airwaves than alternative technologies.
The users are separated by the use of different codes and the codes have to be distributed over the cells (instead of the frequencies) in such a way that the interference remains beneath a certain threshold.

GSM
GSM (Global System for Mobile Communications) is a wireless technology to describe protocols for cellular networks used by mobile phones with over 80% market share globally.

Differences between LTE and CDMA/GSM
The main difference between the technologies is that both CDMA & GSM can support cellular and data, whereas LTE can only support data.

Differences between CDMA and GSM
However, CDMA/LTE and GSM/LTE are not compatiable for the following reasons.

Conclusion
First, neither GSM or CDMA is technically better, they ultimately provide the same service and quality (depending on the carrier) and not the cellular technology (GSM or CDMA).

Second, GSM phones can be unlocked and switched to a new carriers, whereas CDMA phones are locked to a carrier.

Thirdly, if you travel a lot, you have to choose your frequency band carefully as both standards offer multiple frequencies that differ across the globe.

Finally, LTE is being rolled out as a potential global standard, but it falls victim to even more frequency division than GSM and CDMA. The technology also suffers from limited adoption because it’s relatively new.