A article to capture how to perform ramping function using ladder logic. 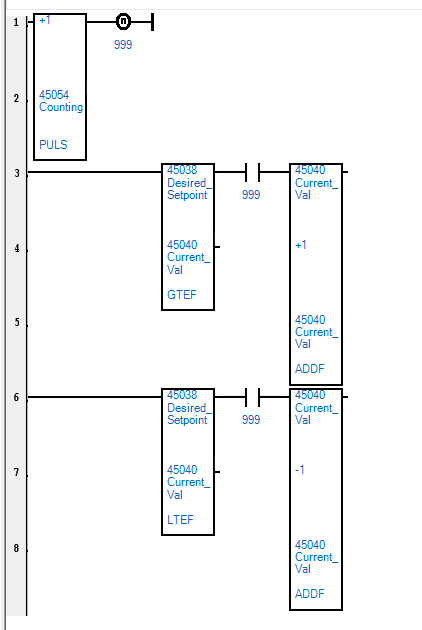 Rung 1 has a one shot which enables an output coil for one scan cycle when the input power changes from OFF to ON. In another words, one shot coil (of 999) is energized for one scan on power up of the ladder logic program.

Rung 2 is a logic for ramping up and it is ramping up by a value of 1 at ever scan cycle. rung 3 will stop increasing the value of register 45040 (Current_Val) until “Current_Val” is equal to “Desired_Setpoint” value.

Rung 6 is for ramping down. It does the same thing as Rung 2 but reduces the “Current_Val” by 1 until Current_Val” is equal to “Desired_Setpoint” value.

I hope that helps!